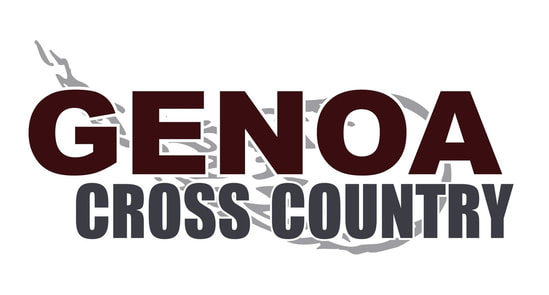 WHAT IS CROSS COUNTRY?

Cross Country (sometimes abbreviated as XC) is a team sport that takes place in the fall. High school runners (both boys and girls) compete at a distance of approximately 3.1 miles (5k), whereas middle school runners compete at a distance of two miles. High school cross country meets are typically on Saturdays, however, they also occur on weeknights. Most Saturday meets are comprised of several schools and are called invitationals, or meets.

A cross country team consists of seven runners, but can have as few as five. Running varsity on a cross country team means being among the top seven runners.  In cross country, everyone competes in most meets whether they're a varsity runner (top seven) or not, although every meet is different. In some meets, the whole team runs together, and the top seven are scored. In most larger meets, there are two races per gender: the varsity race, and the "open" race, where all non-varsity runners compete. In the Northern Buckeye Conference, all runners race in the league meet but only the top seven runners are scored, and only the top seven runners compete in the three postseason meets: Districts (automatically entered), Regionals (must be a top finisher at Districts to qualify), and States (must be a top finisher at Regionals to qualify).

how is cross country scored?

Cross country is scored similar to golf; the lowest score wins. To calculate a team score, the places of the top five runners on a team are added up: so, for example, in the 2016 Ottawa County Meet, Genoa's top five runners placed 2, 3, 4, 7, 13 and Oak Harbor's placed 1, 5, 6, 8, 11. Adding these places up leaves each team with a score of:

So Genoa won the meet by two points, with Port Clinton and Danbury further behind. The top five runners are the most immediately important but the sixth and seventh runners are important as well. The sixth runner on a team functions as a potential tie breaker, and the sixth and seventh runners on a team also displace other runners; if they finish ahead of another team's top five runners, they drive up the other team's score.

PREPARING FOR THE SEASON

The great thing about cross country is that the only thing an athlete needs to get going is a reasonable pair of shoes. For help buying running shoes, it's best to go to a local running store such as Second Sole or Dave's Running Shop, both in Perrysburg. Specialty running shops address an individual's running needs in a way Dick's or a more general shoe store won't. It would also be beneficial to purchase a pair of cross country spikes, which are light-weight and provide better traction since cross country courses are mostly on grass and trails. While spikes are not required, they are typically cheaper than a pair of running shoes, and athletes serious about the sport should find a way to purchase a pair. Finally, athletes are encouraged to attend the summer running program (see link on the side) so that they can build endurance for the season. The summer running program typically begins two weeks after the spring track season ends.